Giving Back to Our Community

At John Stevenson Plumbing, giving back to our community is an integral part of our business and employee morale. We love living in southern California and serving the people and animals that help make our lives so joyful.

Check out how the press releases and videos below to see how the John Stevenson Plumbing family is passionately supporting their community. 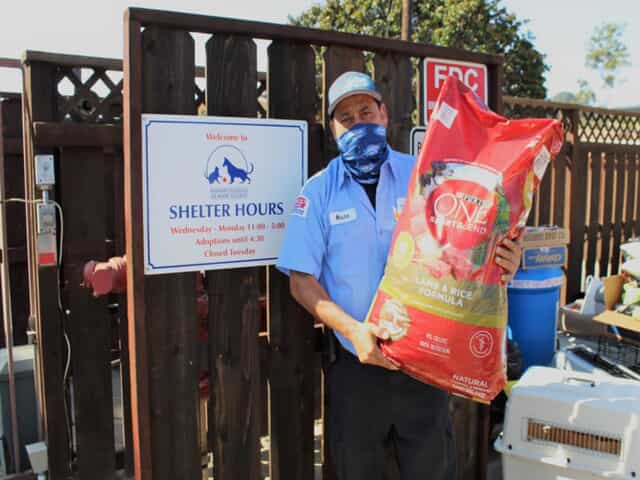 Check out this video from our partnership with Rancho Coastal Humane Society!

We’re proud to donate part of every invoice to this incredible organization.

ENCINITAS, CA (July 15, 2020) — Rancho Coastal Humane Society has set a goal to raise $60,000 in donations to celebrate 60 years of pet rescues and adoptions. All donations made to the shelter will ultimately be matched, dollar for dollar up to $60,000, to double funds for pet food supplies, kitten formula and emergency pet boarding services.

Since 2018, John Stevenson Plumbing, Heating & Air, has donated one dollar to RCHS for every invoice received. As proud sponsors of RCHS, they have announced that they will be presenting the shelter with a donation of $10,000.

The company’s General Manager, Jeff Heyveld said, “The donation is a way to give back to our four-legged friends of the community. We want to help animals that can’t help themselves.”

The organization’s story begins with Maria Kulakova Lloyd, original founder and president of RCHS. Her love for animals fueled her decision to turn what was once five acres of empty land into a humane society that has initiated various pet programs such as the Animal Safehouse Program (1997), Pet Assisted Therapy (2003), and the Community Pet Food Bank (2012). Since 2008, the shelter has been responsible for over 11,000 pet adoptions.

In a public letter remembering Maria’s legacy, current RCHS President, Judi Sanzo wrote, “[Maria] rescued any stray dog, starving horse, or injured owl that was fortunate enough to cross her path. Here we are today, as dedicated as ever to the mission of rescuing homeless animals, promoting coexistence with wildlife, and supporting the people who love them.”

The $10,000 donation is set to be presented to RCHS shelter on July 21st. With the help of the RCHS Board of Directors, Diane and Chris Calkins, John Stevenson Plumbing, Heating & Air and other anonymous donors, the shelter plans on raising more than $200,000 in honor of the organization’s mission and legacy that began in 1960. RCHS went live with their matching challenge in early July and will be accepting donations up until August 31st, 2020.

You can rely on us for fast, effective services. As part of our 5 Star Service Guarantee, we promise to value your time, provide knowledgeable technicians, and dedicate ourselves to your full happiness with all of our services.